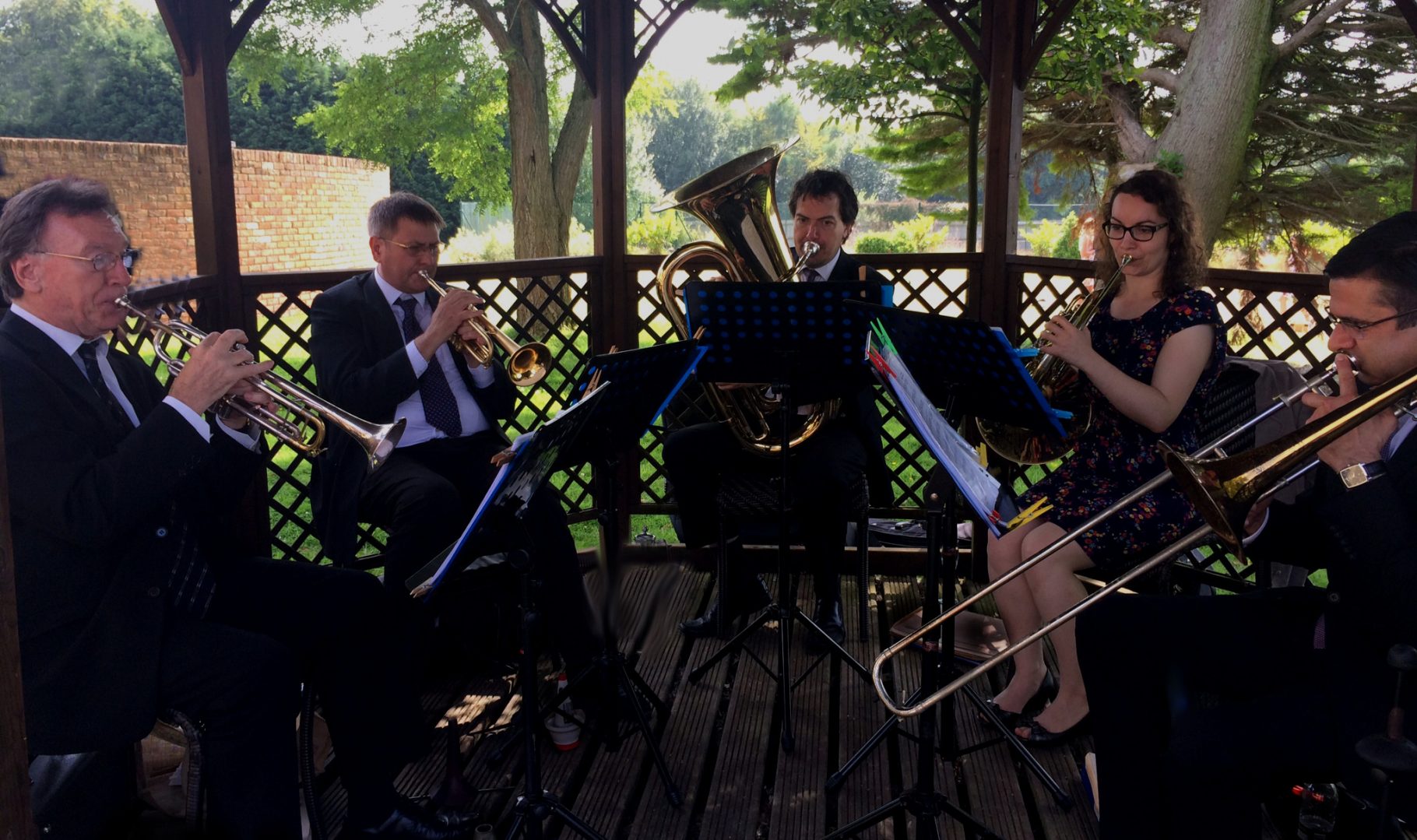 Now booking for carol services, Christmas parties etc in the run up to Christmas – including weddings!

The five of us in the quintet have now been playing together for around 15 years, during which time we have built up a large repertoire of music on which we draw for our performances.

The line up – two trumpets; horn ; trombone and tuba – allows us to play music from the early renaissance (ceremonial court music and dances) through the classical period to structured jazz and contemporary covers raging from Gershwin and the Beatles through to David Bowie & Van Morrison.

As the modern brass quintet has become more and more popular, arrangers have extended our repertoire so we are pretty flexible now on style of music.

Over the years we have played at weddings (in the church and for the reception); concerts; garden parties; special birthdays as well as more formal occasions. We have performed with most of the local choral societies and last Christmas, played at the Yehudi Menuhin School for the Grange Christmas concert.

We were honoured to be asked to perform live on BBC Radio 4 for the special Battle of Britain  anniversary service from Biggin Hill and have toured in France a couple of times.

There are no upcoming events at this time.